After a quick 5 1/2 hour drive to Agra, we started day 2 in the early afternoon by heading over to the notorious Taj Mahal! 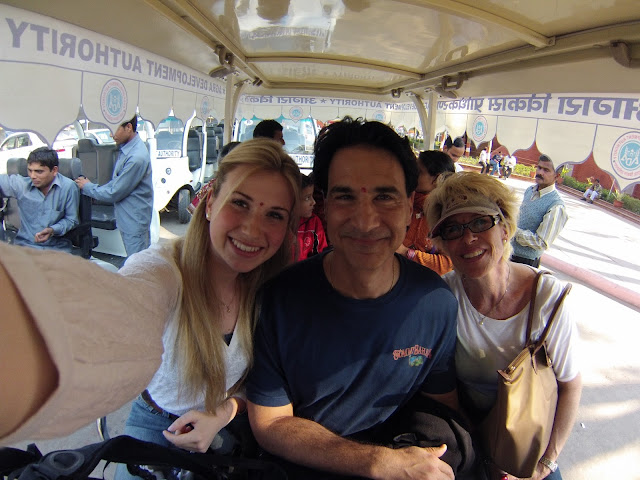 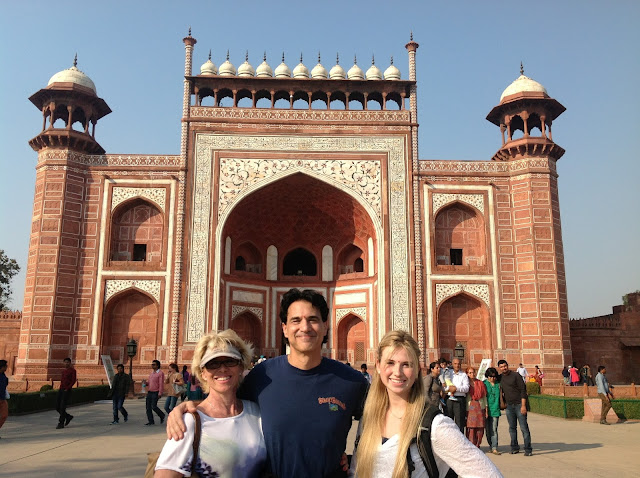 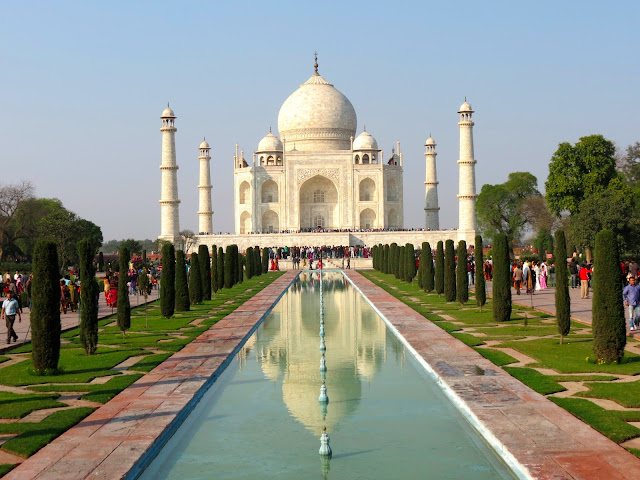 I am happy to say that everything that everyone says about this palace is 100% true. It was breath-taking-amazingly-stunning-jaw-to-the-floor-speechless kind of magnificent. Not only due to its sheer size (massive would be an understatement), but the love story behind it as well! 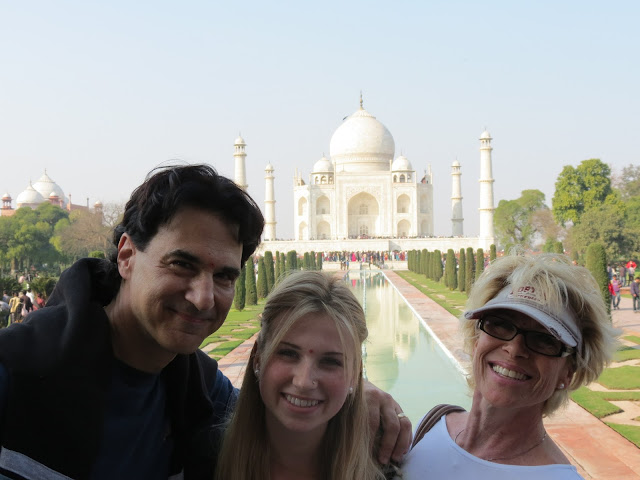 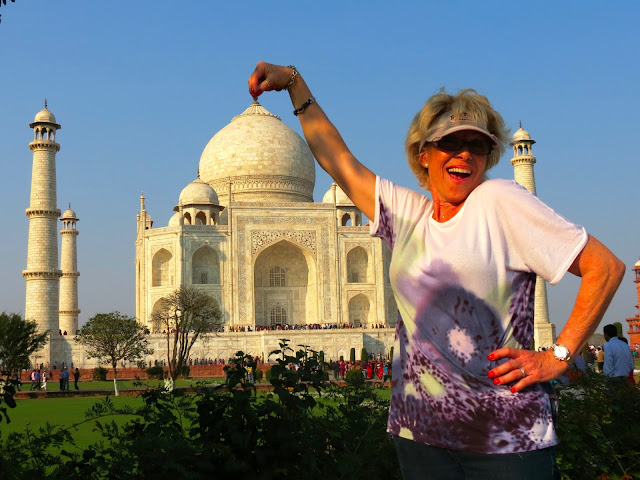 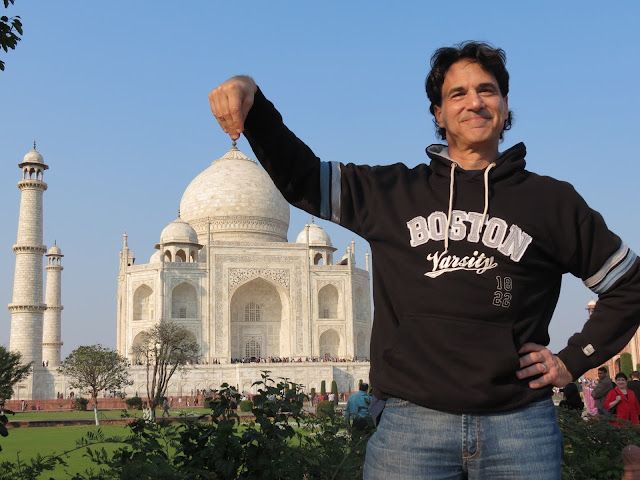 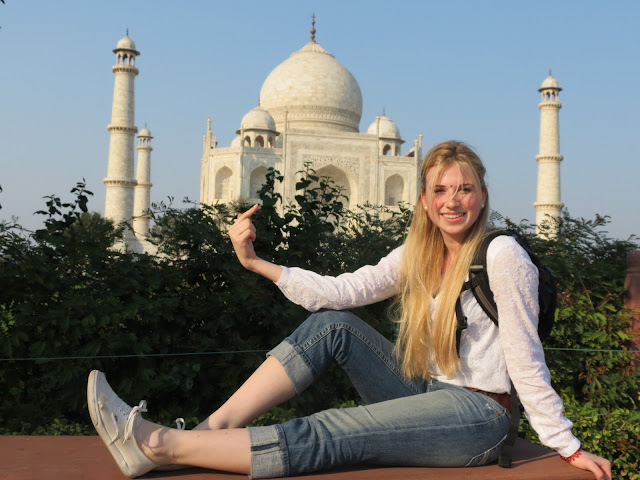 Here's a summary of the story: Prince Jahan was taking a stroll one afternoon when a wonderful gem caught his eye. It was his future wife, Arjumand Banu, in which he later built this palace to represent his undying love for her once she had passed. But Arjumand wasn't just any lady, she was witty and intelligent too. On her death bed, she made Prince Jahan promise that he would never remarry and keep their kids safe and comfortable. With the shed of a tear and a throbbing heart, the Prince set out to create the world's most monumental, well, monument in her honor. And here it stands - 69 years later - as a symbol for undying love. 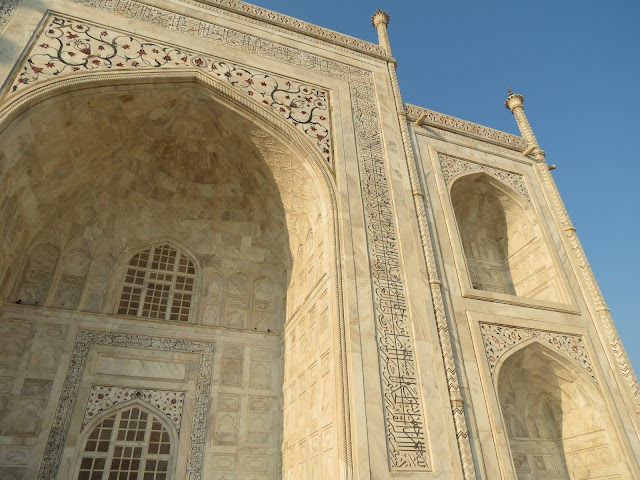 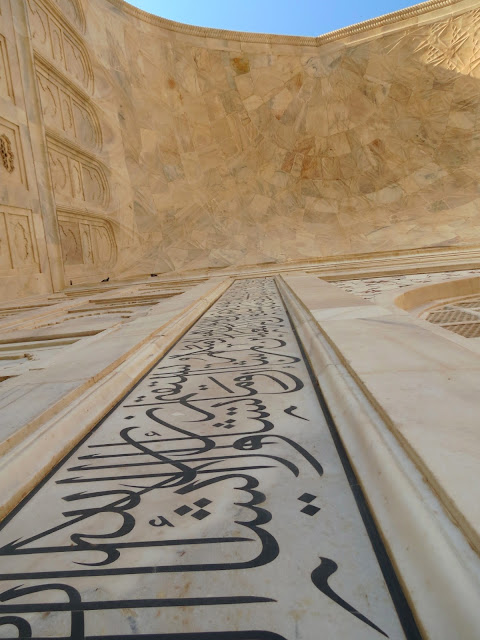 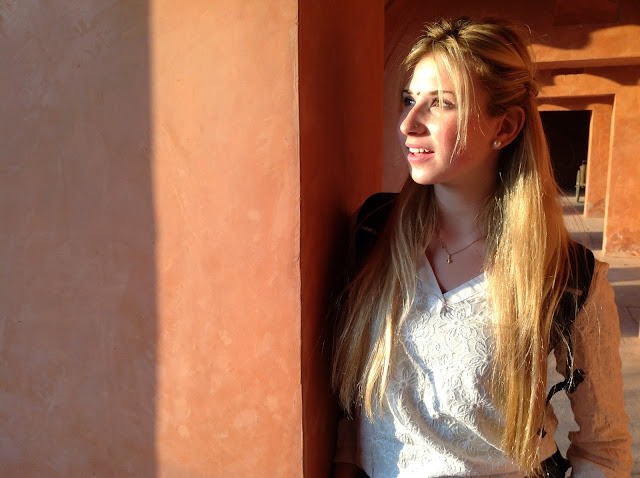 It was one of the most beautiful things I've ever seen. Cliche as it may be, it is undoubtably true!
I can only dream of the day that I meet that special someone to spend my life with. But until then, India is awaiting me to demystify it!
Posted by Samantha at 12:35 AM