My Kind of Battle

December.
The month and/or several weeks of hell as seen through the eyes of university students everywhere.
But to me, finals week(s) are bitter sweet. They are a time to cram, a time to amaze yourself at your rapid learning abilities, and a time to finish off several months of hard work.
Obviously, we jump for joy and celebrate their cessation, but we always forget to look back and realize how far we have come in such a short amount of time and how much our bank of knowledge has grown.

Having been done with my finals for a few days now, I've been able to realize just how far I have come since starting school here in Boston. I joined a team, sorority, survived college and just Boston weather in general.
I must say, it's quite an accomplishment for this warm weather gal.

...but on the other hand, I do enjoy my fair share of snow. So when it started drifting down this afternoon, I knew I had to embrace the closing of this semester and prepare myself for a wonderful, travel filled, holiday ahead of me with nothing better than an epic snowball battle. 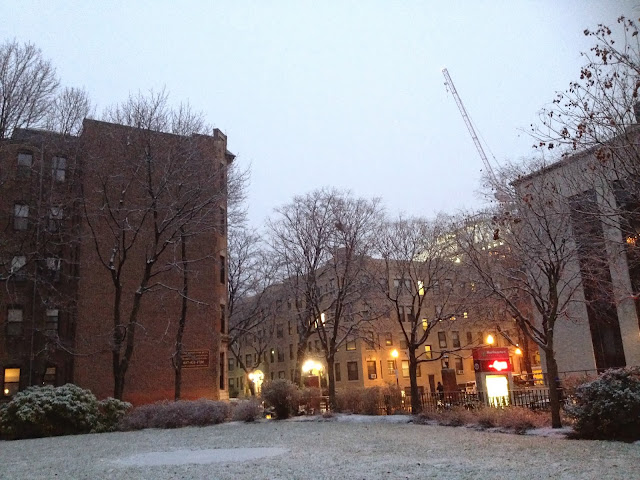 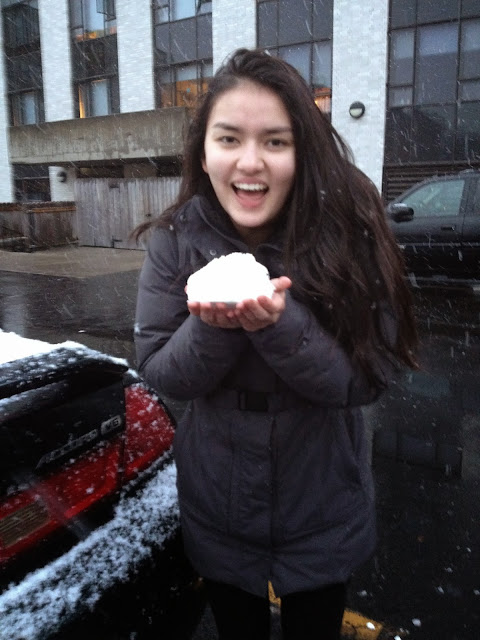 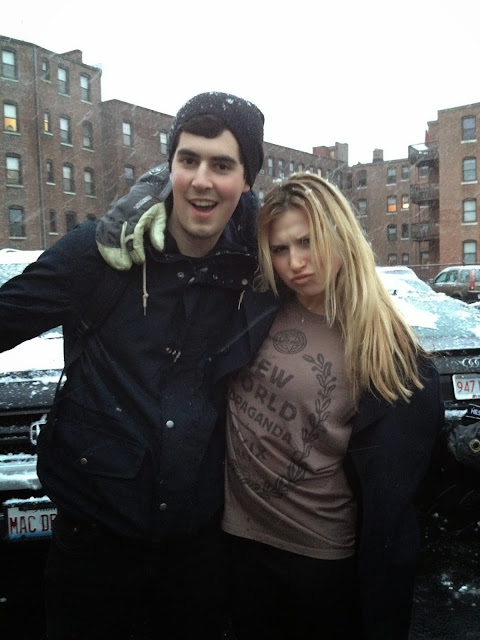 We were obviously too deep into the moment to take many pictures (I'm speaking for myself, that is) so these are the only ones I managed to get / capture clearly enough. Nevertheless, the memories behind these photographs are what matter most. Isn't that the case with pictures anyway? 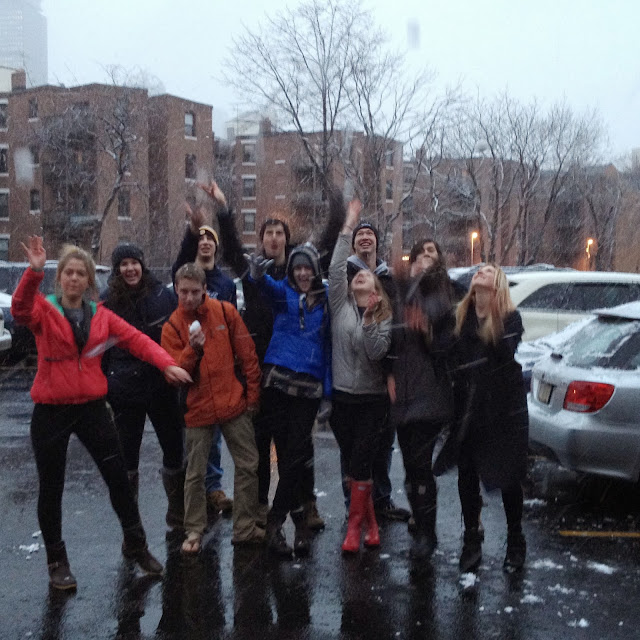 Masterfully gathering the snow and moulding it into perfect snowballs, we each took shelter behind cars then sprung out at juuuust the right moments to absolutely deck someone. I'd like to think I did my fair share of damage but being realistic, I got more damage done to me than I did to anyone else....Let's just say that I will see some bruises tomorrow morning. But then again, it was so very worth it.

On a final note, there's just one thing I want you to take away from this article:

No matter what stressful things are going on in your life, like finals, remember to go outside and play in the snow. It's one of those things that no matter how big the event may seem, it is never big enough for you to sacrifice your happiness. We have long lives ahead of us but in reality, they are too short to waste over worrying. Create the best snowball you can but don't get caught up in where it lands - just remember that at the end of the battle, it's just going to melt anyway so you best enjoy making it while you can.

So with that, carry on with the rest of your finals troops and let the snowball fights commence!
Posted by Samantha at 2:49 PM