Hong Kongers are big on dim sum. And when I say big, I actually mean huge.
Being the local that I am (ha), I'm always up to grab dim sum. So the other day when my friend Sasha told me about a vegetarian dim sum place called "Pure Veggie House", I knew I had to give it a go. 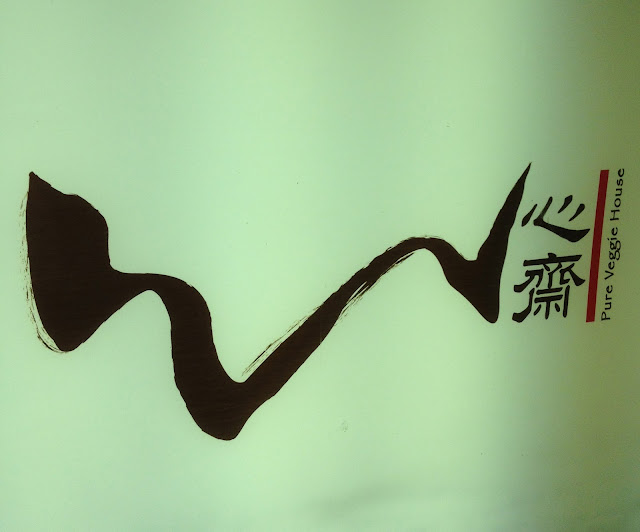 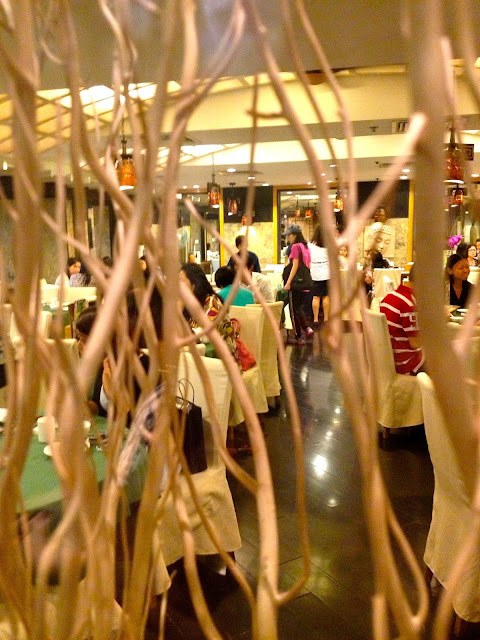 Typically meat-based, dim sum is done with a certain finesse. Everyone sits down around large circular table and a check-box menu is passed round for everyone to tick which dish(es) they want. 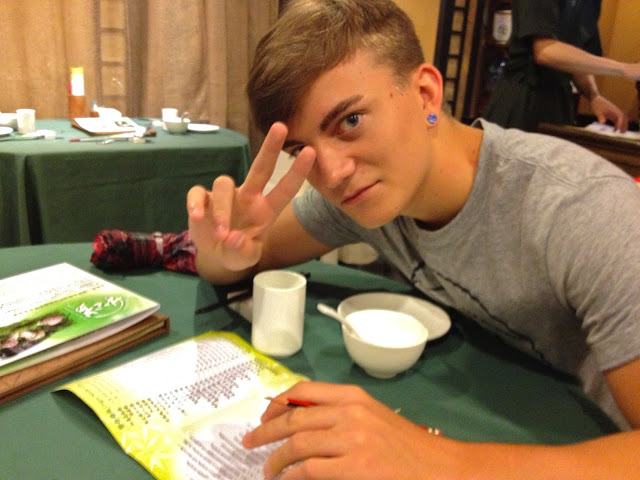 Master Sasha (and Veg Dim Sum Expert) arranged most of the dishes. 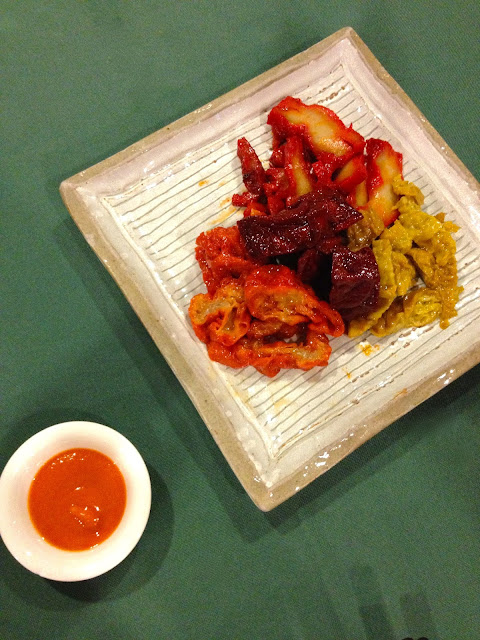 We started off with one of the weirdest dishes I've ever eaten: marinated gluten. I have heard the word 'gluten' thrown around so much but to this day I still haven't got the slightest clue what it is. Is it good for you? Is it bad for you? If it is good for you, why do so many people go for gluten-free choices - like bread? Help me unravel the gluten mystery.
But anyway, this gluten was marinated 5 different ways and had a texture unlike anything else. The closest thing I could compare it to is stomach but softer. I know, to the Westerners out there it doesn't sound particularly appetizing. But here in Asia, texture is as if not more important than the taste of a dish. So I can tell why this one is quite popular as a starter! 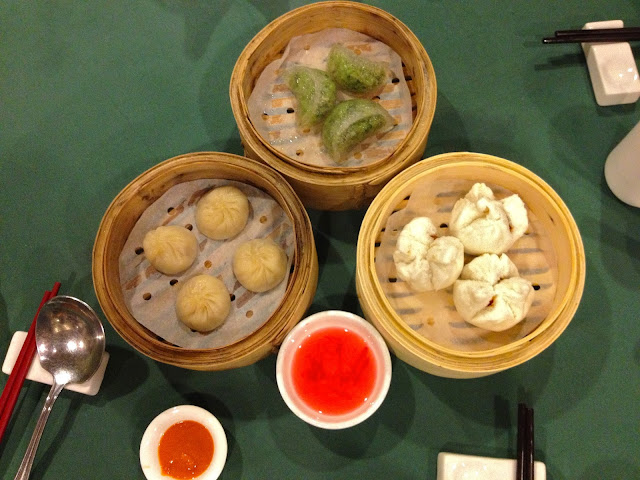 Once we finished chatting about the gluten mystery and the main dishes were set down, we tucked into: 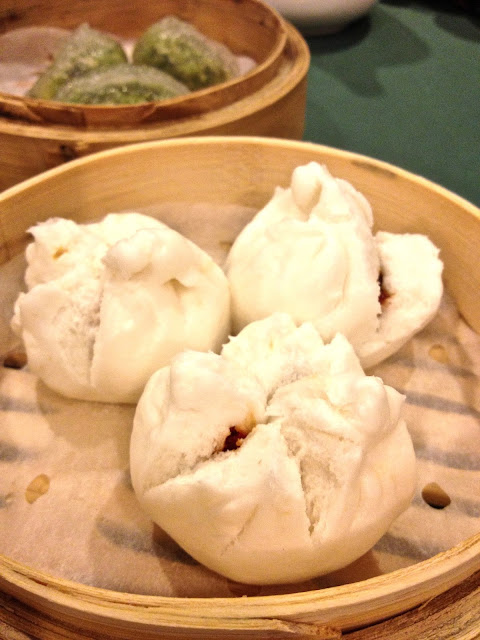 (my all time favorite) Cha Siu Bao - normally a BBQ pork filled steamed bun but given it was a veg restaurant was substituted with another substance that was remarkably similar to the taste and feel of meat. These hardly lacked that little je ne sais pas that the normal buns have. So I had two.. 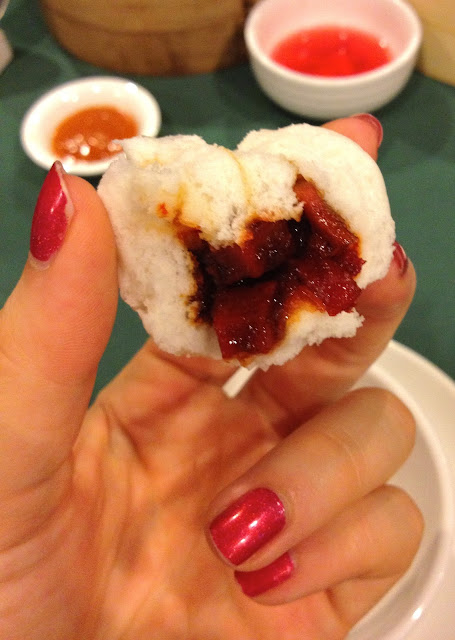 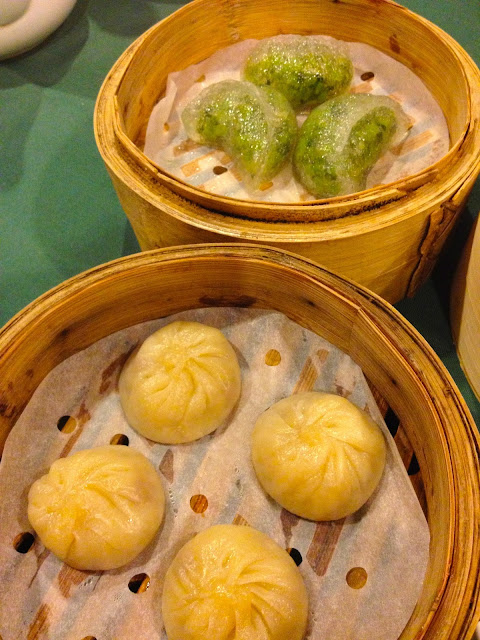 Dishes 2 and 3 are both common at dim sum: boiled soup dumpling and steamed vegetable dumplings were refreshingly tasty for they were light but heavy enough to leave you satisfied. 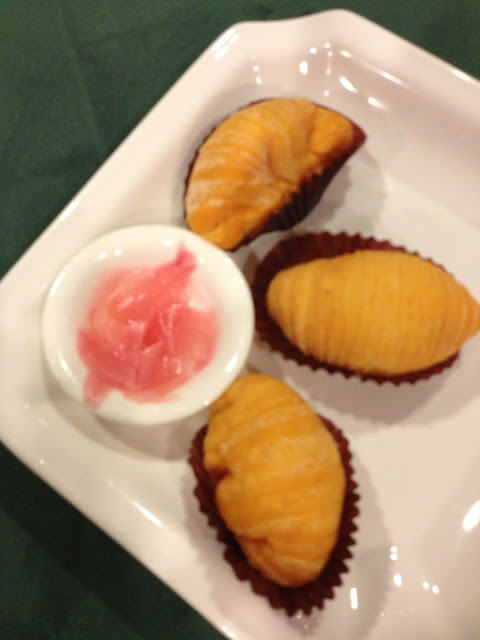 And lastly, we had Sash's favorite pan-friend shredded turnip puff pastry to finish off the mains. 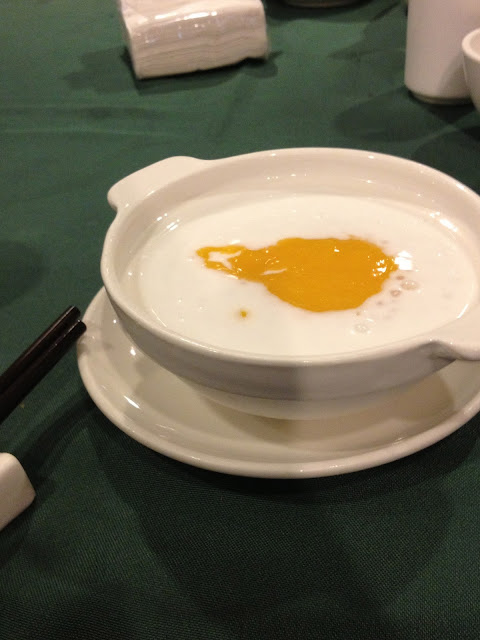 But being a Sugar Woman, no meal would be complete without a little sweet something. So we went with the mango nata de coco sago soup and got our worlds rocked. Nata de coco, meaning jelly cubes of coconut, floated in a sea of sago bubbles wafted in a mango and coconut 'soup'.
Need less to say, one was barely enough. 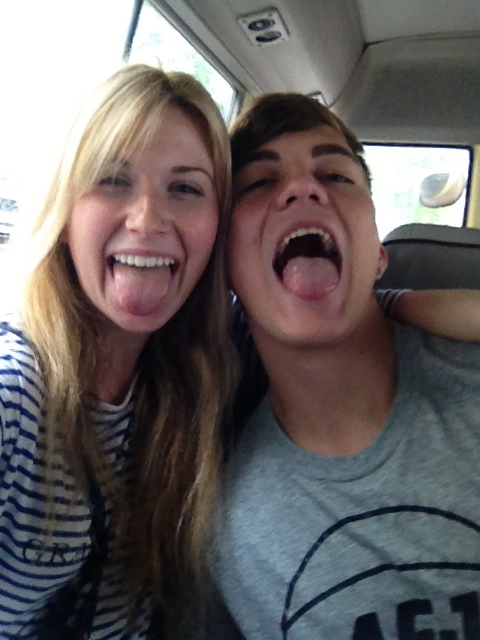 Another unconventional day with two very unconventional people. Simply buntastic.
If you'd like to give this wonderful alternative to dim sum, you can find their contact information here. They come highly recommended!
Posted by Samantha at 2:10 AM