Some of you know that fitness has always been a big part of my life. Inside and outside of the gym I work towards being the best version of myself.
So when I came to Northeastern and found out there was a powerlifting team, the only thought that crossed my mind was 'I'm so game'. 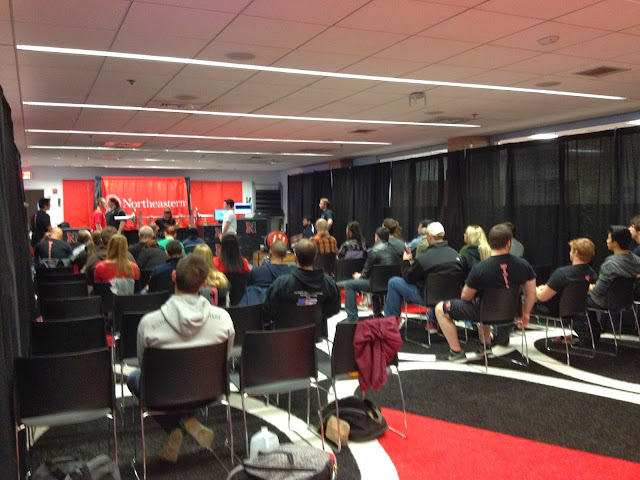 Here's a little de-brief for those of you who aren't quite sure what exactly powerlifting is and why most of the girls on the team don't look like smaller versions of Arnold Schwarzenegger....

There are three movements: the squat, the bench, and the deadlift.
Squat, as you would imagine, is when you hold weight on your back, squat down until your hips just break parallel and spring back up.
Bench press is when you're lying down with the bar and weight overhead, lower the bar to your sternum and press back up.
Finally (my favorite), the deadlift is when you have the bar and weights on the ground, you bend down to grab hold of the bar and straighten up to standing - hips locked - and then lower it back down.
At practice, there are normally 5-7 gals on a rack so doing these movements (along with stretching and accessory exercises) takes up to 4 hours. It sounds like a hell of a long time to be in the gym but it absolutely doesn't feel like it! You're lifting with your friends, you're goofing around when you're not lifting and you're building yourself up to be the lean mean iron-crushing machine you've always dreamed of being. Ahhh music to my tomboy ears..

Competitions on the other hand are very different to our practices. We still do the three lifts but in a different way. The meet is divided into weight classes and within those weight classes the person who lifts the lightest starts first. But just because you're in a lighter weight class doesn't mean you'll go first. You could be in the 158 weight class and lift first while the next lifter up is in the 128 weight class (which was the case of this meet because I was in the 158 class and I don't lift as heavy as ~120 lbs Michelle....yet).

So I was the one who had to kick the meet off on Sunday and there is no other way to say this but I was sh*tting bricks. I don't think I've been that nervous for something since my gymnastic days. I was the first one up on the podium with my least favorite movement with a weight I've only lifted once before in front of a crowd of strangers...could not have gotten more nerve wrecking than that. But the nervousness played so much to my advantage. I was literally shaking in my sock monkey knee high socks but went out there and lifted my heart out. I was so unbelievably besides myself that I lifted as much as I lifted because it came out of no where! Just goes to show that a little confidence and obscene amounts of sugar rushing through your veins can go a long way. 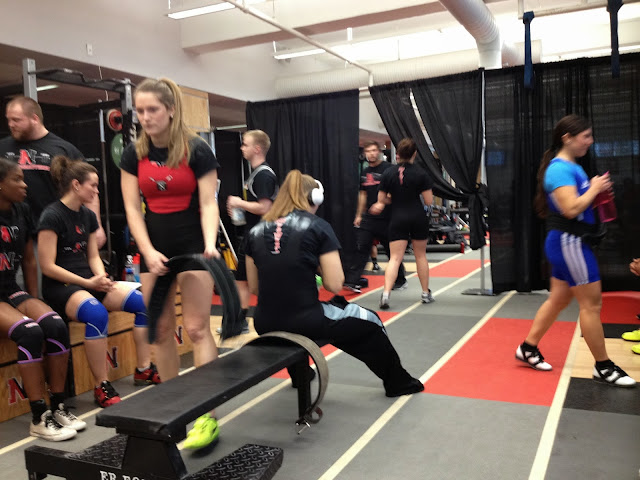 I could not be more proud of the team I've become apart of. I've shed tears and showered in sweat but it has all been worth it. I could have never imagined I'd be where I am now a few weeks ago. Turns out that no matter how much knowledge you have, if you don't have the confidence nor support to put it into action you won't go very far. Without the girls on the team, I would still be lifting little red weights and have low self-confidence levels. They have been my rock hard shoulders to lean on and even stronger slaps on the ass to get myself back in check. They are the force that drive me past the limits I thought I had.

I am a part of NUPL and I'm damn proud. 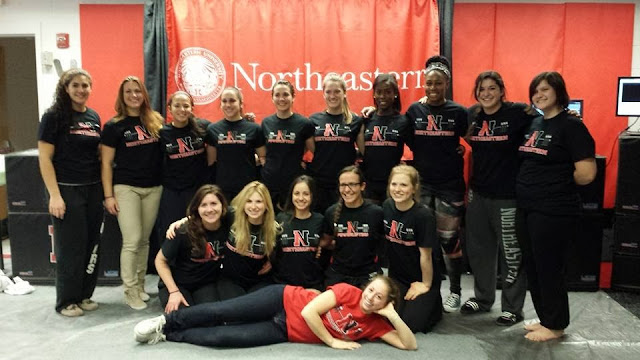